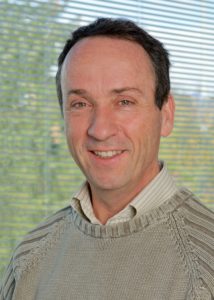 “Pump-Probe Experiments with Neutral Matter: A New Approach to the Kinetics of Surface Reactions”

Knowledge of the rates of elementary gas phase reactions has contributed decisively to our understanding of important societal problems, for example stratospheric ozone chemistry. Growing our knowledge of rates of elementary chemical reactions at surfaces is crucially important to improving heterogeneous catalysis. In comparison to gas phase reactions, there are surprisingly few known activation energies of elementary surface reactions, nor knowledge of the energies and entropies of the reactions’ transition states. This situation is a result of limitations on our methods for measuring rate constants of elementary surface reactions. Furthermore, first principles theories to predict surface reaction rates remain largely un-validated. In this talk, I will present recent experimental advances yielding the rates of elementary reactions at surfaces, which rely on a stroboscopic pump-probe concept designed for neutral matter. This method is also capable of revealing surface-site-specific kinetics information. Not only is site specific reactivity an essential aspect of surface reaction mechanisms, it is essential to provide benchmarks for testing first principles methods for calculating reaction rates, another potentially powerful tool with which to investigate heterogeneous catalysis.

Alec Wodtke is an experimental chemist working on chemical reaction dynamics. He was an Asst. Prof. at UCSB where he developed methods for studying gas-phase collision dynamics of highly vibrationally excited molecules. This produced results on topics ranging from the quantum nature of chemical isomerization, to the role of hot molecules in stratospheric ozone production. He received several awards for his work and advanced to tenured Assoc. Prof. and then Full Prof., eventually becoming Chemistry department Chairman. Over the course of his career, He has published about 250 papers in peer-reviewed journals including more than two dozen invited reviews and/or feature articles. In 2010, he was awarded a Humboldt Professorship and moved to Germany to become a Max Planck Director and University Professor in Göttingen. Here, he established the Department of Dynamics at Surfaces, which explores a wide variety of problems in fundamental surface chemistry emphasizing interactions between experiment and theory.